For He's a Jolly Good Linker 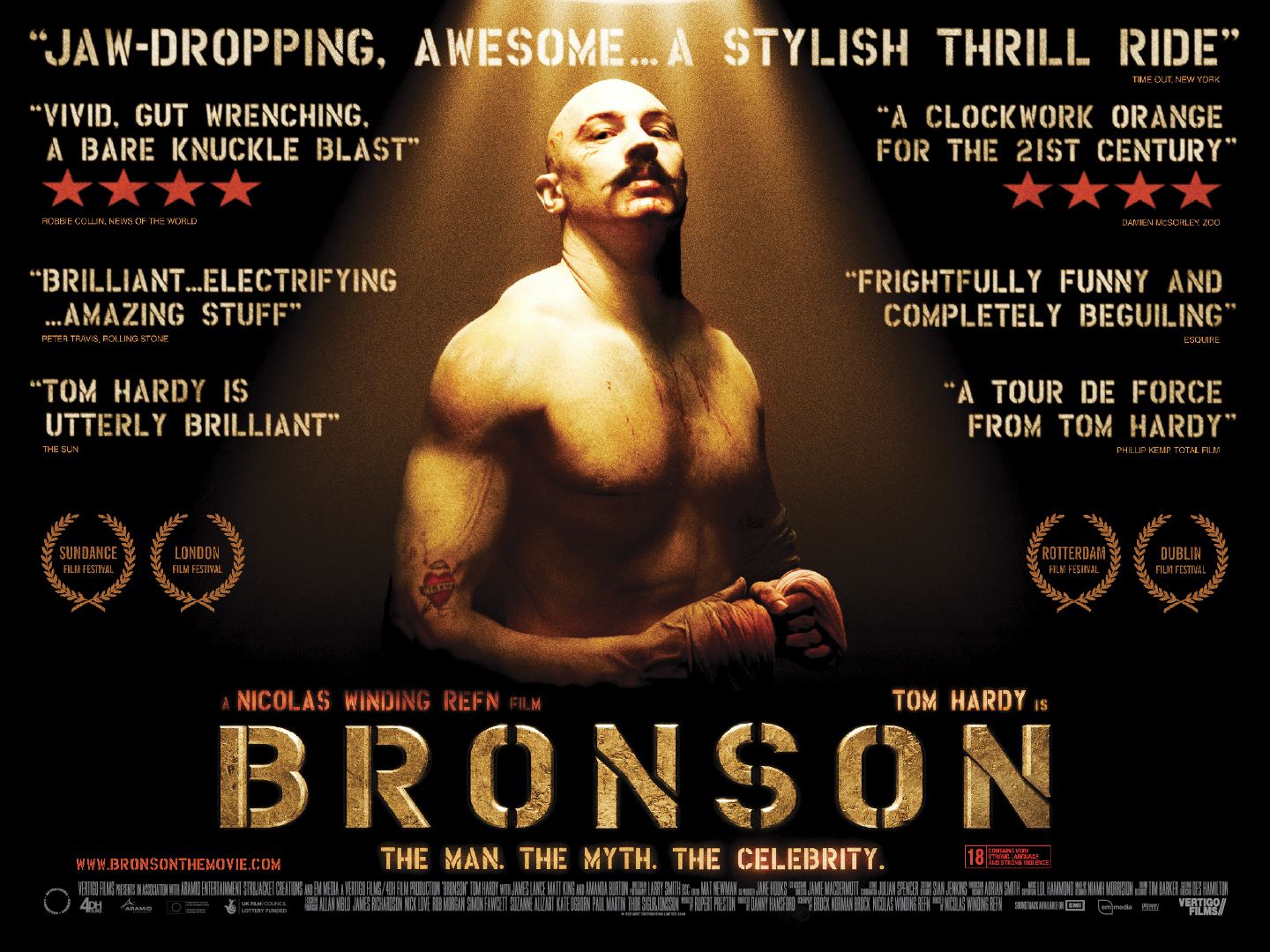 For the first time in who-knows-how-long, I've got a link collection posted on a Friday afternoon. Whoo hoo! My latest Sandbox column is about video game characters' racial profiles, and of my new reviews, the one to pay particular attention to is Bronson, a pretty fierce Brit import that opens today in NYC.

Everyone dies at the end of Wild Grass, mercifully. But before the four protagonists’ private plane takes a fatal nosedive, 87-year-old Alain Resnais’ latest has long since gone down in flames, partaking in meta gestures and random flights of fancy with a reckless abandon unjustified by its perplexing, off-putting tale. When 63-year-old Georges (André Dussollier) finds the wallet of Marguerite (Sabine Azéma) in a shopping mall parking lot, he becomes maniacally obsessed with the redheaded stranger, convinced that he’s in love. She rebuffs Georges’ advances, but as soon as her rejection proves successful, she falls madly for him, a bit of flip-flopping romantic silliness that Resnais drenches in neon-halo lights and great swathes of blue and red hues. The meaning of such illumination is confounding, though no more so than his ill-defined characterizations (Georges may be a killer, and Marguerite is a dentist as well as an avid pilot), free-form (read: haphazard) plotting, and excessive aesthetic tomfoolery. Wild Grass references movies and then mirrors them, all while including the Twentieth Century Fox theme music twice, ending the film on two separate occasions (once with a flashing FIN subtitle to boot), and generally indulging in whatever arbitrary notions seem to have sprung to the director’s mind. No doubt the Last Year at Marienbad auteur intends all of this deranged nonsense to serve as an effervescent ode to the possibility of late-life love and the unfettered creative cinematic spirit. There’s some bizarre vigor to a stunningly out-of-left-field coda in which a heretofore-unseen girl tells her mom “When I am a cat, will I be able to eat cat munchies?,” but otherwise, Resnais’ playfully surreal stunts – carried out by repellent cartoon characters in a faux-kaleidoscopic reality – never congeal into an emotionally coherent or compelling whole.

Like his counterpart Michael Haneke, Bruno Dumont’s oeuvre consists of one film made over and over again. And though its wartime setting seems apt for the L’Humanite director’s belief in man’s bestial nature, Flanders nonetheless proves his most trying regurgitation to date. Another tale of Neanderthal simpletons screwing, killing and staring off into the remote distance, Dumont’s latest is an abstract existentialist affair concerning a thick-skulled farmer (Samuel Boidin) and the village whore (Adélaïde Leroux) whom he pines for but loses to a similarly dim cipher (Henri Cretel). A love triangle is thus initiated but never fully allowed to develop, as both men are soon sent off to an undefined Middle East war where they cold-bloodedly murder some young enemies, gang-rape a woman, and then are either mowed down in the harsh desert sun or – as is the unfortunate fate of the one man who doesn’t partake in sexual assault – castrated and then executed by the defiled female. Dumont’s compositions of the open rural countryside and anonymous battlefields are striking but hardly suffice as adequate reflections of his characters’ brutish psychological states. Rather than expanding upon his thesis about mankind’s true colors, Flanders merely rehashes in ways predictable and pedantic, the latter quality epitomized by the director’s cross-cutting between wartime atrocities and the hometown slut wiping blood away from her crotch before getting it on in a barn (see, she’s an animal!) with another random, repulsive fellow. Dumont would have a final declaration of love register as a Bressonian entreaty for spiritual comfort, yet as with most of this stilted, affected term-paper treatise on the human condition, it’s just so much hollow posturing.

Bruno Dumont’s controversial Cannes Grand Prix winner L’Humanité attempts spiritual inquiry with a rigorousness that’s lacking from its actual police-procedural plot. In a gray, underpopulated northern seaside French town, detective Pharaon (Emmanuel Schotté) runs madly through the countryside and lands face down in the mud, from which director Dumont cuts away to a shot of a dead 11-year-old girl’s mutilated vagina. A heavyhanded jolt attuned to the forthcoming portrait of Pharaon as an empty vessel in search of himself – and, more crucially, some enlightenment on the questions of individual purpose and higher powers – this jarring introduction is the gateway to an almost absurdly prolonged middle section in which Pharaon, apparently a borderline moron, does little investigating but much hanging out with his neighbor Domino (Séverine Caneele) and her crass boyfriend Joseph (Philippe Tullier). Dumont’s Cinemascope imagery is often majestic, situating tiny, lonely people amidst an imposing countryside that seems to mock their ignorance and insignificance. Still, though often pretty to look at, L’Humanité’s aesthetic is so fixated on life’s repugnance that it soon devolves into self-conscious pretentiousness. If its overly manicured compositions seem designed to provoke groans, its narrative takes such provocation a step further, focusing on a blank-slate idiot and indulging in ugliness (unattractive folk doing the bump-and-grind, Pharaon sniffing suspects, another vagina close-up) as a way of illustrating man’s base animalism, all while forgoing so much character depth and basic logic (Pharaon may be the most incompetent police officer of all time) that the entire film soon feels like an overly deliberate meta-Bressonian prank.

Another Monday, Another Recap 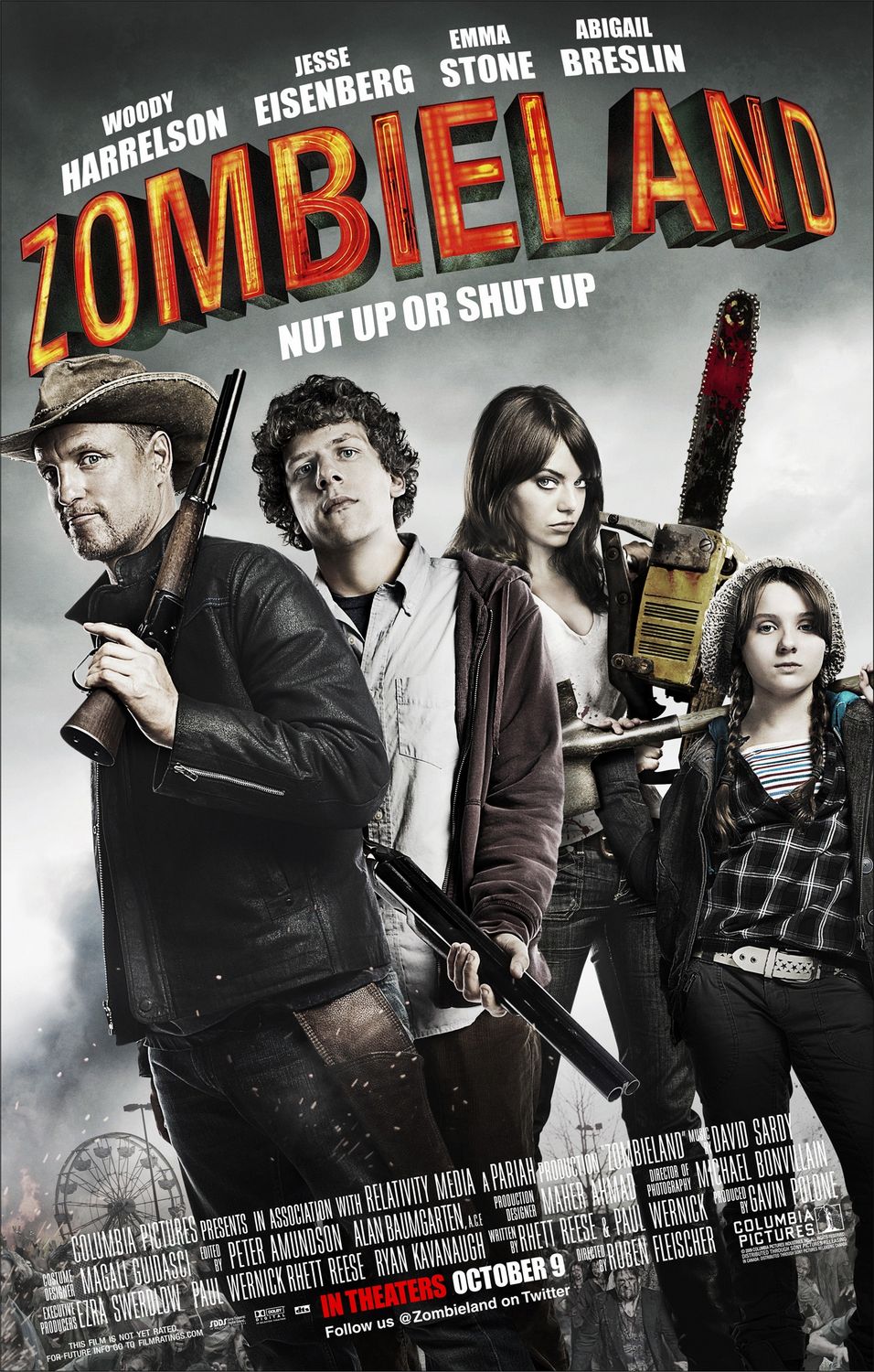 My latest delayed link collection features three new Time Out New York reviews, a couple of NYFF write-ups for Slant, as well as my thoughts on the weekend's two big releases Zombieland and The Invention of Lying.