Chris Fuller’s Loren Cass invites comparisons to Harmony Korine’s work not simply because it’s a ragged avant-garde snapshot of wayward teens living despairing lives in a ramshackle environment, but because Gummo’s spaghetti-bath-water “protagonist” Jacob Reynolds is actually part of the cast. The difference between the two works, however, is that Fuller’s portrait of three St. Petersburg, Florida kids – set in the aftermath of 1996’s race riots – isn’t after carnival show freakiness and provocation as much as deeply ingrained misery and desolation, a mood evoked through detached 16mm compositions set to an eclectic soundscape of punk rock and African-American activist speeches. One wishes a greater political angle arose from these juxtapositions, as well as from the frequent sights of disaffected garage mechanic Cale (Fuller, acting under a pseudonym) and tattooed friend Jason (Travis Maynard) picking drunken fights with a group of African-American kids, or of slutty diner waitress Nicole (Kayla Tabish) screwing a multicultural variety of anonymous boys. Nonetheless, if commentary is generally sidestepped, an oppressive sense of brutality, loneliness and ennui remains visceral. The cumulative effect of Fuller’s look-at-me style is ultimately too pretentious and self-conscious for its own good. But even so, Loren Cass occasionally suggests, in its story’s mixture of furious fisticuffs, indifferent sex, and halfhearted suicide attempts, a desperate desire on the part of its characters to find emotional sustenance through physicality.

The End is Nigh 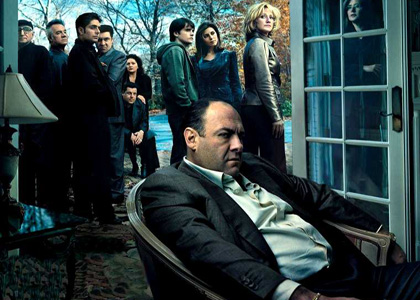 One more week until top tens are done, and then it's the home stretch. I've seen just about all of the year's remaining big releases, but because of embargoes, this collection of new stuff - which features my latest decade-centric feature - is all I currently have to offer. As with the Up in the Air review that's directly below this post, however, keep an eye on this space for new site-specific write-ups in the coming days and weeks.

The Sandbox: Postmodern Warfare (IFC News)
The Naughts: The Television Show of the '00s (IFC News)

Amiable and innocuous, Up in the Air offers a disingenuously smooth flight over choppy waters and rugged terrain. Based on Walter Kirn’s 2001 novel, Jason Reitman’s follow-up to Juno has timeliness on its side, focused as it is on the plight of a man, Ryan Bingham (George Clooney), who fires other companies’ employees for a living. A terminator in a designer suit, Ryan spends the majority of his time travelling from one regional office building to another, an airport-hotel-airport existence – in which airline miles are acquired as status symbols – that he doesn’t lament but in fact adores. When not laying folks off, Ryan gives motivational conference speeches about “emptying your backpack” of material goods and personal relationships, which he argues are encumbering baggage. Reitman aims to position Ryan as an antihero who, through his relationship with an upstart colleague (Anna Kendrick) poised to make him obsolete via Internet-chat firing software, as well as his romance with a female version of himself (Vera Farmiga), evolves into a tragic figure who can’t quite escape his self-created isolationist prison. Yet despite a charmingly efficient turn by Clooney, who does corporate soullessness slightly better than he does epiphany-struck new man, Up in the Air is neither funny enough to be a straight comedy nor serious enough to be a telling drama about the human toll wrought by economic crisis. Instead, the film is merely a pseudo-redemption saga that’s pleasant enough in the moment but – despite numerous sequences of laid-off individuals railing in close-up at Ryan about their unjust fate – maintains considerable distance from actually plumbing the raw emotions of its central subject. During a trip back home for his sister’s (Melanie Lynskey) wedding, Ryan discovers that he has a soul. Yet the evolution of this alienated nomad is so play-it-safe ordinary that the material never works up more than a mild early-morning coffee buzz, its indie-folk music and whooshing montages of Ryan’s daily routines proving the superficial gloss Reitman employs to cover up the prickly, urgent issues lurking beneath his portrait of pitiless corporate pragmatism and charge card fetishism.