The Expendables opens with lights emerging out of darkness but, alas, there’s no luster to the stars corralled by Sylvester Stallone for this wannabe-throwback to Reagan-era macho mayhem. For this few-against-many adventure, Stallone surrounds himself with musclebound cohorts, from 21st century stud Jason Statham, to a host of old vets (Jet Li, Dolph Lundgren, Mickey Rourke, Eric Roberts, a cameoing Bruce Willis and Arnold Schwarzenegger), to non-actor juiceheads (former WWE bruiser Steve Austin and MMA legend Randy Couture). Yet despite this abundance of ripped abs and veiny biceps, it’s the inexpressive puffy, leathery face of Stallone that’s most indicative of this fiasco, which concerns a group of mercenaries hired to overthrow an anonymous Latin American island’s dictator (David Zayas) and the rogue American (Roberts) funding him. Whereas Stallone’s Rambo took the easy way out by pitting its hero against uncomplicated real-world villains, the star/writer/director’s latest eschews reality altogether for make-believe locales, bad guys and conflicts, thereby denying the proceedings of the very contemporary undercurrents that might have energized its rote good-vs.-evil premise. Statham exacts revenge against his ex’s abusive new beau, Jet Li makes jokes about his diminutive size, and Stallone learns to “believe in something” via his feelings for the fetching daughter of the island’s tyrant. Yet aside from a heartfelt speech about maintaining convictions in the face of wartime carnage by Rourke’s grizzled tattoo artist, The Expendables offers up neither clearly delineated characters nor any fundamental character of its own, content as it is to merely engage in unimaginatively choreographed, incoherently edited, wholly uninspired bouts of shooting, punching and things exploding. Unlike The A-Team, Stallone can’t seem to remember that the most entertaining ‘80s tough-guy sagas weren’t notable just for mindless carnage and bluster, but also for clever (or cleverly ludicrous) scenarios, imaginative centerpieces and rollicking humor. Although in his defense, his faulty memory is likely due to the fact that almost none of those standout ‘80s efforts ever featured him as a headliner.

As in Wanted, Angelina Jolie’s fashion model looks and steely fierceness make her a riveting center of action attention in Salt. And like that prior summer effort, her latest is an underwhelming vehicle for her talents, an espionage-tinged chase film in which her CIA agent Evelyn Salt is accused by a former Soviet bigwig-turned-defector (Daniel Olbrychski) of being a deep-cover Russian spy intent on murdering the Ruskie president in an effort to spark nuclear war. Professing her innocence and determined to save the German husband (Mike Krause) she believes will be targeted because of this accusation, Salt goes on the run from her former American comrade (Live Schreiber) as well as a resolute agent (Chiwetel Ejiofor) hot on her trail. For a time, director Philip Noyce adequately laces his breakneck pursuit sequences – including one involving multiple jumps onto the roofs of moving semi trucks – with both frenzied anxiety and tantalizing mystery over whether Salt is a patriot or traitor. Alas, what’s mildly engaging in the moment dissipates almost immediately once it’s done, as Salt’s centerpieces are assuredly helmed but lacking in imagination, and once Salt’s identity is revealed, the film (and its preordained third-act double-twists) loses whatever vivacity it originally had. From innocent start to lethal, propel-off-walls-to-punch-adversaries finish, Jolie’s sultry ice-queen badass routine remains magnetic, but it deserves better than this passable 24-derivative thriller.

Me Vs. Blog Inactivity 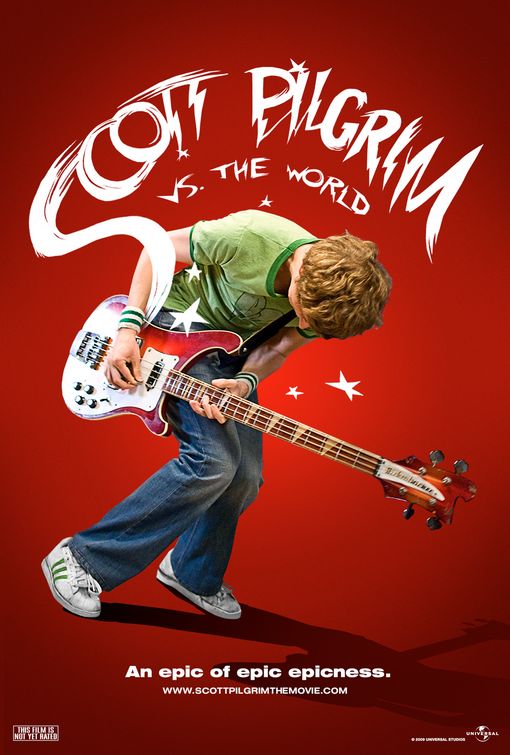 No excuses for the lack of new link collections. Just new links.