A companion piece to his 51 Birch Street, The Kids Grow Up nominally charts director Doug Block’s daughter from childhood to her departure for college, though while the filmmaker intends the film to be a rumination on his own empty nest hang-ups, it in fact soon becomes a portrait of the documentarian as an insufferably overbearing, camcorder-infatuated pest. Fanatically recording his daughter’s every stage of development, which includes forcing her to engage in introspective Q&A sessions about her intimate emotions, Block finds himself struggling with daughter Lucy’s estrangement from him, which is the byproduct not just of her normal maturation into an independent young woman – which disturbs Block, who’s described by his wife Marjorie as a man-child fearful of growing up – but also of her father’s insistence on incessantly filming her. Block’s dedication to capturing every moment through a camera’s lens, which in his home movie footage often greatly upsets Lucy and frustrates Marjorie, makes him an unbearable narrator/guide. Similarly, his fixation on the sadness that will accompany Lucy leaving for college (across the country no less, to escape her father’s cinematographic gaze) is at once relatable but so over-the-top consuming and indulgent that one wants to scream at him, as his stepson so aptly puts it, to “get over it.” As such, The Kids Grow Up’s examination of empty nest syndrome – a process Block also deals with vis-à-vis his relationship to his ailing father – is undone by his excessively obsessive behavior. Still, in his intense fear of losing not just the adult Lucy but, fundamentally, the already-gone adolescent version of Lucy as well, the film does get at the way in which parental responsibility becomes a defining and desirable aspect of life. And in his off-putting refusal to stop taping, Block unwittingly provides a glimpse of the unhealthy and potentially damaging parental desire to preserve and memorialize every second of family life (which prevents full engagement with the very life being recorded) and, more generally still, of the repugnance of unchecked nostalgia.

After a month spent attending the New York Film Festival (some of whose films have been reviewed on this blog; see below), I'm back with a new collection of links. In fact, an absolutely INSANE amount of links. So kick back, relax, and enjoy. 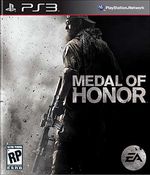 An amazing true-life tale told in mundanely conventional Hollywood fashion, Conviction charts Massachusetts native Betty Anne Waters’ (Hilary Swank) unerring 16-year crusade to free her brother Kenny (Sam Rockwell) from prison, where he was serving a life sentence for murder. The hook to director Tony Goldwyn’s film is that, in order to exonerate her troublemaking sibling, Betty Anne got her GED, bachelor’s and law degrees to become Kenny’s lawyer, which then allowed her to prove via DNA evidence that he was innocent. Such surefire uplifting material inevitably resonates as a rousing portrait of love, loyalty and dedication, even given that – aside from some terrible Bahstan accents perpetrated by almost every primary player involved, notably Minnie Driver – Swank and Rockwell only adequately express their characters’ fears, torment, desperation and determination. Yet as befitting such a big-budget adaptation of actual events, Goldwyn blunts every potentially sharp edge from his film, eschewing any serious consideration of his subjects’ tumultuous emotions for dramaturgy primarily concerned with neat-and-tidy parallels (especially regarding themes of abandonment), predictable heartstring-tugging and swift, uncomplicated narrative momentum. First awkwardly jumping back and forth between time and, later, gliding over decades in a manner that reveals its desire to focus solely on an inspirational narrative arc, Conviction hits its proscribed beats but offers no richness of character or scenario, as content to remain superficial as its double-meaning title – Kenny was convicted, and Betty Anne has conviction! – is cute.

Michael Douglas plays an old dog performing familiar tricks in Solitary Man, a rote saga about a 60-year-old playboy tumbling, fast and hard, toward change-of-heart epiphanies. Douglas is Ben, a New York car dealer mogul who, after learning that he may have a serious heart condition, embraces a carpe diem ethos by detonating his marriage and career for an unrepentant lothario lifestyle. This leads him to have an affair with the 18-year-old daughter (Imogen Poots) of his wealthy new girlfriend (Mary-Louise Parker), which ruins his final shot at a business comeback, as well as to other amorous encounters that further estrange him from his daughter (Jenna Fischer) and beloved grandson. As envisioned by co-directors Brian Koppelman and David Levien, Ben is at once a man-child incapable of growing up and a self-destructive fool unable to put others’ interests ahead of his own. In other words, he’s a walking, talking cinematic cliché, albeit one enlivened by Douglas, whose performance, while a bit heavy on emotive hand-gesturing, is defined by the lively, wild glint in his eyes, which reveals his self-awareness of the downward path upon which his reckless protagonist has embarked. Strong supporting turns abound (from, among others, Susan Sarandon as Ben’s ex), but Koppelman’s script is awash in phony scenarios, none more so than Ben’s friendship with a college student (Jesse Eisenberg) that, like his reunion with an old pal (Danny DeVito), reeks of message-imparting contrivance. A final indecisive note supposedly leaves Ben’s maturation in question, yet like too much of this one-man-show character study, the ambiguity isn’t sincere but, instead, merely a pose struck to mask the proceedings’ life-lessons-learned conventionality.

Sidestepping political debate for on-the-ground reality, Restrepo tags along with an army platoon as they travel in May 2007 to East Afghanistan’s treacherous Korengal Valley to secure the creation of a road that will provide greater transport of supplies to the mountainous region’s locales. Directed by Tim Hetherington and The Perfect Storm author Sebastian Junger, it’s an experiential 15-month portrait fixated on day-to-day operations and routines, offering a snapshot of military combat, strategy and downtime energized by an up-close-and-personal immediacy. Supplementing its footage with after-the-tour interviews, the film establishes an intimate, immersive grunt-POV that provides a non-judgmental view of both the brotherhood (and tumultuous emotional states) of soldiers and the myriad geographical, cultural and logistical complications of the ongoing Afghanistan campaign. Its title the name of a fallen comrade as well as the tactical base camp the squad establishes in the area, the unvarnished doc captures the complex human face of modern warfare.

Performing a clumsy historical-uplift routine, Mao’s Last Dancer recounts the true-life saga of Li Cunxin (Chi Cao), who in the ‘70s was forcibly trained by his native China’s communist regime to become a ballet dancer, and whose life was forever changed by an opportunity in 1981 to study dance for three months in Houston, Texas under the tutelage of Ben Stevenson (Bruce Greenwood). In depicting Li’s inspiring rise from poverty to world-renowned artist, director Bruce Beresford (Driving Ms. Daisy) uses every literal-minded trick in the book, from heavy-handed match-cuts to laughable musical cues (denoting loss of virginity with “Super Freak”? Really?) to lamely visualizing the parables being verbally recounted by characters. Worse, his staging of Li’s cross-cultural assimilation – juxtaposed with his Maoist childhood brainwashing – is filled with an egregious number of goofy wide-eyed reaction shots. Li’s recitals are shot with reasonable lucidity, yet impressive dancing ultimately can’t overshadow the film’s woefully creaky and corny drama.

An inspired-by-true-events story about Reno, Nevada’s first legalized brothel that’s both dry and flaccid, Love Ranch is set in the titular den of iniquity but misguidedly focuses on a washed-up Argentinean pugilist named Bruza (Sergio Peris-Mencheta) who falls in love with his new manager, Ranch den mother Grace (Helen Mirren). Grace takes control of Bruza’s career because of orders from her wild husband Charlie (Joe Pesci), who habitually cheats on his wife but frowns on her doing likewise. Taylor Hackford’s film is a misbegotten jumble that clumsily synthesizes various incongruous elements, from a poorly staged boxing match and vignettes concerning working girls’ mini-dramas to Grace and Bruza’s May-December romance, which is complicated by her fatal cancer and concludes with a limp cautionary morale about infidelity. Mirren’s game performance is no match for this laughably melodramatic material, while Pesci delivers such a rote impersonation of his profane persona that his every successive f-bomb sounds like a parodic joke.

A multicharacter saga incapable of rising above mere pleasantness, Let it Rain once again finds director/star Agnès Jaoui (Look at Me) teaming with Jean-Pierre Bacri on a dramedy fraught with socio-cultural frictions. Back in her rural hometown to speak at a political rally, domineering feminist author Agathe (Jaoui) reunites with unhappy sister Florence (Pascale Arbillot) while agreeing to be the subject of a documentary being made by Michel (Bacri) and Karim (Jamel Debbouze), the latter an editor and the son of Agathe’s family’s housekeeper. This gathering brings to the fore a host of romantic, racial, gender and class tensions, all of which are discussed with an expository bluntness at odds with Jaoui’s light, nimble direction. More problematic, however, is that the gripes, plights and hang-ups of these semi-comedic people – all of whom are neither serious enough to be affecting, nor goofy enough to be hilarious – are simply too mundane, and too dramatically inert, to forcefully resonate.

A simple premise is hampered by nagging contrivances in Frozen, albeit not without also reaping considerably unnerving dividends. Trapped high above a snowy mountain on a ski lift that’s been shut down too soon, Dan (Kevin Zegers), his girlfriend Parker (Emma Bell), and his best friend Joe (Shawn Ashmore) are forced to confront the strained dynamics – specifically, that Joe feels abandoned by longtime bud Dan, who now spends all his time with Parker – that Green establishes, clunkily but effectively, in his opening act. Rather than stranding his protagonists as a means of punishing them for their entitlement and narcissism, the writer/director instead frames their situation as an opportunity to confront and transcend their strained relationships. It’s a reasonably compassionate tack to take, and one that, despite some awkward writing, creates vital empathy for his characters. As night descends and frostbite, hunger and the need to pee become urgent issues, Frozen’s tension amplifies into something horrifyingly believable – that is, until a pack of wolves are introduced as a further threat, and tip the scales into more hokey fictional territory. At that point, any suspension of disbelief – already at a breaking point thanks to the raft of coincidental circumstances that maroon the trio in the first place – becomes difficult to sustain, although Green’s nifty framing, dawning-dread pacing, and fixation on corporeal deterioration proves sturdy enough to make his follow-up to the dreadfully tongue-in-cheek Hatchet a work of chilling survival horror.

Thomas Hardy’s Far From the Madding Crowd gets reconfigured into a toothless British countryside rom-com in Tamara Drewe. Based on Posy Simmonds’ graphic novel, Stephen Frears’ film pirouettes around the titular Drewe (Gemma Arterton), a former ugly duckling who returns home with a new nose, short shorts and a promiscuous libido, and promptly sets in motion a series of sticky romantic predicaments. Tamara is nominally back in town to sell her ancestral estate, but finds most of her time spent on seducing first a rock drummer (Dominic Cooper) and, later, the pompous and adulterous crime-fiction author Nicholas (Roger Allam) who runs the nearby writer’s retreat, all while shirking the obvious affections of gardener ex-boyfriend Andy (Luke Evans). Arterton’s fetching looks can’t quite compensate for her bland screen presence but Frears’ cast is otherwise reasonably spot-on, especially during an amusing late-act scene in which a distraught Nicholas responds to an autograph request by tearing a fan’s book to shreds. Despite its overt references to Hardy and his favorite themes, though, Tamara Drewe modernizes its source material in only superficial, ho-hum ways (for example, email takes the place of a letter) and reduces the landscape itself – such a vital component of Hardy’s thematic inquiries – to merely a picturesque backdrop for frivolous cutie-pie comedy.